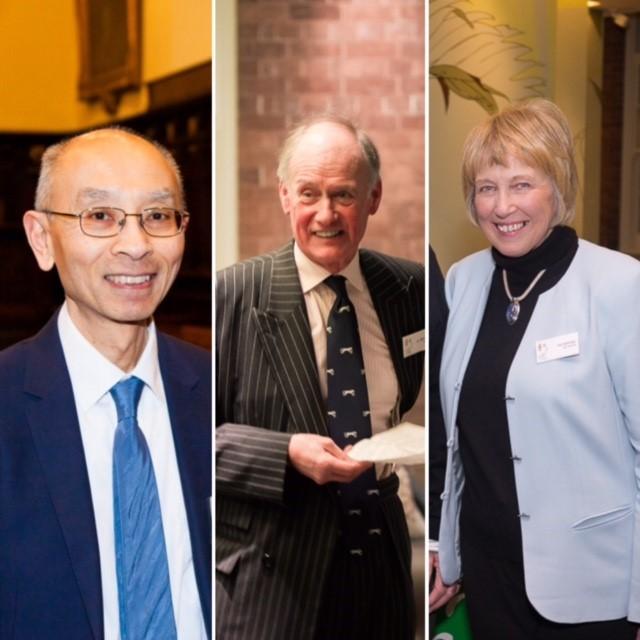 In December, Exeter Leukaemia Fund (Elf) bade farewell to three outstanding trustees as they came to the end of their tenure on the Board of Trustees. They might not be the original 3 Magi; however, to Elf and many of the people the charity supports at the Royal Devon and Exeter Hospital's Haematology Centre, these 3 wise and inspirational people will be fondly thought of and sorely missed.

Dr. Miles Joyner improved the lives of many sufferers and their families affected by blood cancer and blood disorders for more than forty years. He was instrumental in founding and leading Elf. Helped by a small group of supporters, funds were raised to provide equipment to enable the latest treatments to be delivered on the wards for haematological patients. As the charity grew, support was extended to include research and additional nursing staff. When the existing wards became insufficient to meet the needs of the service, Miles spearheaded a major fundraising drive to provide a new clinical unit at the hospital - The Haematology Centre.

Dr. Richard Lee worked alongside Miles and both were committed to Elf and its aims, finding time alongside their busy professional duties on the ward to develop the charity and the services that it helped to fund.

Pat Aldridge became involved with Elf after being a patient. She became a volunteer fundraiser and then a trustee, her wisdom and business acumen being of inestimable worth to the charity for 25 years.

Working with the other trustees the three were instrumental in a further fundraising effort which delivered £500,000 to fund the construction of the Chevithorne Appeal’s family suite, a facility to provide much needed end of life care for patients and accommodation for their families.

We wish all 3 a healthy and happy retirement from Elf.