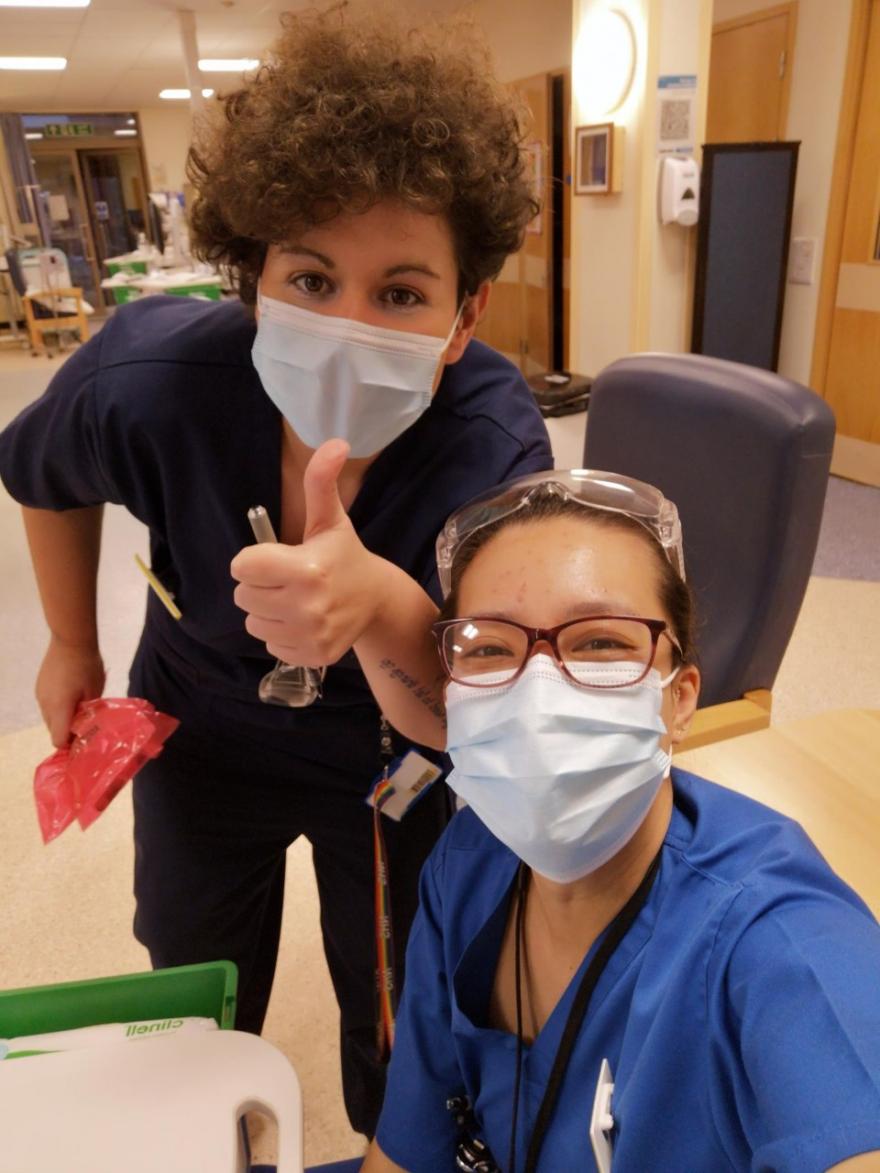 The Haematology and Oncology departments at the RD&E combined forces to raise funds for both Exeter Leukaemia Fund and FORCE Cancer Charity, in response to the ongoing Covid-19 pandemic.

From 1st to 7th March, both departments went head-to-head in a Virtual Mount Everest climbing competition. The classic Everest trek, from the starting point of Lukla to Base Camp and back, is 130km. The aim of the challenge was for the teams to collectively walk this distance as many times as possible. The winning team would be the one who completed the most 130km trips within the week.

After the Cancer Services team also threw their hat into the ring, it was a hard-fought contest! All participating NHS staff members recorded their daily kilometres using the Strava App, whilst also clocking up any additional steps around their busy day job. Many Yarty staff competing for Team Haematology challenged themselves to complete their own 130km goals by the end of the week, fitting in additional walking or running distances in their spare time.

At the end of the week, the teams had collectively covered a staggering 4,792.45 km. This was the equivalent of 36 people successfully climbing Everest! The final results were:

The Virtual Everest Challenge has raised to date a grand total of £5,974.22, split equally between ELF and FORCE. Many thanks to all the hard-working NHS team members for taking part and congratulations to Team Haematology for coming out on top!

CLICK HERE TO DONATE TOWARDS THEIR VIRTUAL EVEREST FUNDRAISER